Left Coast Correspondent: Yes, Russia has Invaded Literally Every Country on its Border in the Last 150 Years 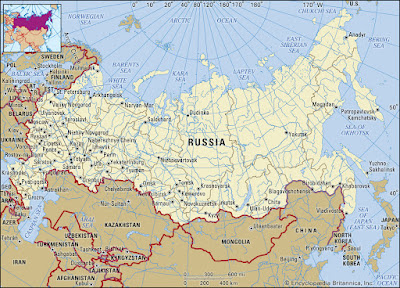 1 MIN READ - The Cautious Optimism Correspondent for Left Coast Affairs and Other Inexplicable Phenomena has confirmed that Russia has invaded literally every country on its border--the longest in the world--during the last 150 years, plus a few more beyond its border.

You literally cannot find a gap anywhere on a map of Russia's border that its armies have not crossed.

According to some critics, Russia’s security concerns have been neglected by the West.

Yet the Correspondent has not heard Ukraine's security concerns-- having a multiple-offense invader on its border that wiped out over 6 million Ukrainian civilians and committed the Holodomor genocide during the Soviet era--mentioned by them.