A British retail energy update from the Cautious Optimism Correspondent for Economic Affairs and Other Egghead Stuff. 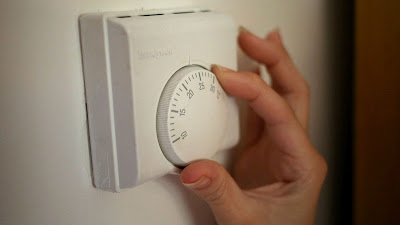 (Note: The Correspondent is aware that the U.K. is technically Great Britain plus Northern Ireland but uses the names interchangeably here. Apologies to U.K. readers over technical geographic errors)

Three months ago the Economics Correspondent reported that over a dozen British power suppliers had failed in just a month.

The dilemma closely paralleled California’s similar 2000 disaster when wholesale prices soared on California utilities but “deregulation” rules from Sacramento prevented them by law from raising prices on consumers.

California’s endgame? Rolling blackouts, the bankruptcy of Pacific Gas and Electric, and a last-minute government bailout to save Southern California Edison from failure.

If you missed it you can read more about Britain’s 2021 woes and California’s 2000 disaster on the Correspondent’s blogsite at:

Well now the news has improved slightly in Britain… slightly. The government has finally allowed power suppliers to raise prices by 50% and the number of households that will fall into the government’s definition of “fuel poverty” will triple.

You read that right. Triple. Read more details at:

So what could the good news possibly be?

With higher rates consumers will finally have an incentive to conserve, cold winter mass rolling blackouts will be avoided, and the rate of retail supplier failures will slow considerably if not stop.

(there were 23 British power supplier bankruptcies by late November, 2021 although more could have gone bust since then).

But what could be good for consumers themselves about their power bills going up 50%?

Well in the short run it’s going to hurt. But soaring power bills are also going to give British consumers a tiny preview of what life will be like if the U.K. continues full throttle with its ongoing green energy initiatives. Prices are soaring because renewables can’t provide enough supply for the British winter, and the politically engineered scarcity of oil, gas, and coal is manifesting itself in the form of skyrocketing rates.

See this climate website bragging that renewables supplied more electricity than oil, gas, and coal combined in 2017. We feel so progressive fighting global warming… but also so cold!