Note to Cable News: Inflation Is Not Caused By Economic Growth 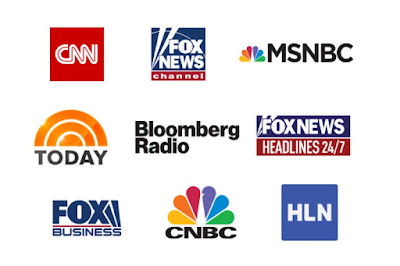 2 MIN READ - The Cautious Optimism Correspondent for Economic Affairs and Other Egghead Stuff just heard more talking heads on cable TV reporting that the Fed will taper and raise interest rates into 2022 to “slow the economy, you know… to fight inflation.”

It can’t be repeated enough to these television experts that...

Economic growth does *not* cause inflation. Printing money faster than the economy can produce new goods and services does.

History is replete with examples that television reporters should learn.

In the six years of the Reagan administration following the Volcker Fed recession of 1981-1982, the economy measured by real GDP grew by an annual rate of 4.75% per year, the fastest expansion of the last half-century. Yet the average inflation rate during Reagan's same last six years was 3.6%, never once reached 5%, and certainly never reached today's 6.8%.

The same is true for the 1950’s and 1960’s economic boom. At no point during the Eisenhower, Kennedy, and Johnson terms—16 years in all—did the inflation rate ever reach 5%. In fact from February 1952 to April of 1968—more than 16 years—inflation never even touched 4%.

The inflation rates for the same three decades were:

Yes you’re reading that right. During the 1870’s and 1880’s, again arguably the two strongest economic decades ever, there was no inflation at all. Prices actually fell (ie. deflation).

The reason is simple: under the bimetallic standard (1850’s) and classical gold standard (1870’s and 1880’s) the mining of new gold and silver deposits was unable to keep pace with the growth of new goods and services produced by the zero-income tax, very-lightly regulated economy.

In fact the only reason prices didn’t fall in the 1850’s as well was faster monetary growth attributed to the California Gold Rush.

We're also told by television reporters and the New York Times that falling prices will trigger another Great Depression, and that even zero inflation or "too-low inflation" will throw the economy into a depression tailspin. Instead we got the two greatest decades of economic growth in American history.

For a more detailed critique of the “growth causes inflation” fallacy see the Economics Correspondent’s July 2020 column at: