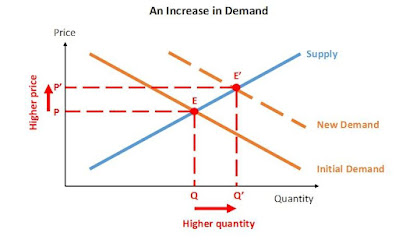 SORKIN: "To the extent that there's going to be some forgiveness of the [student] debt... ...what does that do towards these spiraling costs? Does it only incent schools to increase those costs? You say they have to look themselves in the mirror. How much does the government have to look itself in the mirror to figure out a new path forward in terms of incenting schools to lower those costs rather than increase them?"

SEN. PATRICK LEAHY (D-VT): "That's a question I keep asking myself and I ask people in higher education. I tell them 'You've got to get these spiraling costs down. We're seeing less young people willing to go on and get the higher education they need and that the country needs to have people who can handle the kind of jobs we really need to fill.'

"And it'd be a terrible mistake for higher education to think 'Oh we can just raise tuition costs because the government will take care of that.' That's not going to happen. I suspect this is a one time thing and higher education is going to look itself in the eye."

Some free advice for Senator Leahy...

No they're not going to look themselves in the eye. That's idealistic, naïve, and frankly the same wishful thinking that's created the college cost crisis to begin with.

Consumers, businesses, investors, and yes... universities respond to incentives. When you subsidize college education, as the federal and state governments have done on a massive scale for decades, universities don't "look themselves in the eye" and lower the price of tuition, room, board, books, etc... out of the goodness of their hearts.

They respond to incentives (i.e. the inflated demand that Congress creates) and raise prices—what freshman microeconomics students learn is called "the demand curve shifts right and raises the market equilibrium price." The fact that you still can't figure that out even after 47 years in the Senate explains why education inflation has been spiraling out of control for decades and won't stop until you stop subsidizing it.