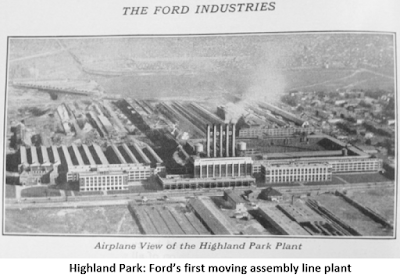 “Paying a $15 minimum wage will be *better* for companies because the workers will have more money to spend on the firm’s product, hence increasing its profits.”

One obvious problem of many here is the assumption that businessmen are so stupid that they didn’t figure out centuries ago bumping all their low-skilled workers’ wages to $1 million a year would send their profits soaring (OK, sarcasm off).

Clearly the math already sounds dead on arrival and gives us a preview of much that is wrong with this narrative. So we’ll first focus on the fundamental arithmetic failure.

Every additional dollar diverted to higher minimum wage is $1.0765 that comes straight out of the firm’s profit margin: one dollar in higher wages plus additional employer-paid 6.2% payroll and 1.45% Medicare taxes.

Hence even if all workers paid zero taxes on their entire raise, the only scenario where the firm’s profits don’t decline precipitously is one where employees spend the full 100% of their marginal income on whatever product the boss is selling.

Not likely. Subway or McDonalds workers who are lucky enough not to be laid off will spend most if not all of that extra income on something other than $7.75 per hour worth of footlong subs and Big Macs.

But even the unrealistic scenario where a Subway employee spends every new dollar of wages on Subway sandwiches is made more impossible by the fact that most workers can spend no more than 80 cents of the diverted $1.0765—due to taxes.

A single earner making $15 per hour and taking the standard deduction pays a marginal federal tax rate of 12% plus varying state income tax rates. After payroll taxes at most they’d only have 80.3 cents (one dollar minus 7.65% minus 12%) of the marginal dollar earned left.

(the Economics Correspondent is aware of the Earned Income Credit that will give some of those federal taxes back, but the worker is still nowhere close to retaining 100 cents on his gross dollar earned)

But the far bigger problem with the “raises are better for business” discussion is the old “zero Marginal Factor Cost” fallacy discussed in Part 1.

That fallacious assumption is that whatever the worker buys from his employer costs nothing to produce.

Well employees don't hand over their raises as a charitable act. They expect something of value in return, and incurring zero cost to secure the sale is obviously impossible.

This problem is particularly egregious in the famous historical fallacy of Henry Ford, repeated for years by labor proponents. That very similar parable tells us that:

“Henry Ford gave his workers huge pay raises because he knew they’d spend the money on his cars which would be better for his business, raise his profits, and make him even richer. Businesses should learn that giving your workers big pay raises will make your company more profitable!”

Although it’s true Ford gave his workers large raises in 1914, the truth pretty much ends there.

Let’s start with the real impetus behind his pay raises where the parable reverses cause and effect:

Henry Ford didn’t pay higher wages out of charity or because, being some kind of math illiterate, he thought it would make him richer. He awarded large pay raises because his revolutionary productivity-enhancing invention—the moving assembly line—created a bonanza in labor efficiency first.

It’s no coincidence that Ford awarded large pay raises in 1914. He introduced the factory assembly line in late 1913.

The assembly line allowed Ford to cut the number of labor hours required to assemble a car by a groundbreaking factor of eight, an amazing feat that's not likely to be repeated anytime soon.

With such huge labor cost savings Ford was able to simultaneously expand production, give his workers a raise, cut their workday by one hour, increase returns to his shareholders, pocket some extra profit for himself, and most importantly drastically cut the price of automobiles for consumers.

Incidentally there's a bonus, non-fallacious lesson in the Ford story: In a market economy it’s the consumer who enjoys the lion’s share of productivity gains through lower real prices… which someone should explain to activists who complain that CEO’s enjoy all the spoils and leave workers nothing.

Economic productivity has risen relentlessly since the birth of capitalism via deployment of constantly improving, more efficient labor-saving capital tools, machines, and production processes, and even some workers who might get few inflation-adjusted wage hikes have still benefited from the availability of more, better, and cheaper products all around them.

The reason Americans enjoy levels of consumption many times greater today than 100 or even 50 years ago is the same reason a haircutter from Somalia who moves to the USA in 2021 will find the same work buys 20 times more goods and services in Atlanta than in Mogadishu: a more productive economy offers a greater abundance of goods that cost less in labor-hour terms.

STILL NOT FREE: BURGERS FOR MCDONALDS OR CARS FOR FORD

The larger macroeconomic lesson from the assembly line story is one that any competent economist knows: In the long run the only thing that truly raises wages (defined as higher sustained levels of material consumption) is higher productivity.

Even liberal New York Times columnist Paul Krugman can’t deny it. He himself is on record writing:

“Productivity isn’t everything, but, in the long run, it is almost everything. A country’s ability to improve its standard of living over time depends almost entirely on its ability to raise its output per worker.”

Which brings us finally to the most glaring error of all in the Henry Ford myth: the Marginal Factor Cost omission.

Even if a Ford worker spent his entire raise on a Ford automobile, Henry Ford’s cost to produce and deliver the automobile was not zero. There was no way he was getting all of that raise back let alone growing profits by taking more wages out of his profit margins.

Because, as is always the case, labor was only one input cost he or any other present-day automaker incurs. In order to secure a sale, be it from his workers or the general public, Ford had to deliver a car. Which meant producing or acquiring a chassis, engine, transmission, starter/generator system, cooling system, steering, body panels, mechanical fluids, wheels, tires, glass, paint, seating… all the physical components that make up a car and which cost far more than assembly labor, not to mention the cost of expanding his capital equipment's production capacity (see attached photo).

By the time Ford was done manufacturing the final product to sell to his own workers, his marginal dollar of revenue—that he had already sacrificed in the form of a raise—was whittled down to less than his original gross profit margin.

If we look for an example using the recent controversy of Kroger grocery stores, that gross profit margin is about 22.7% (source: FY2020 SEC 10-K income statement).

Then after removing selling, general, and administrative expenses, depreciation and amortization, debt and interest expense, and income taxes the final net profit margin is a mere 1.95% (Kroger, FY20: Net income of $2.58B on sales of $132.5B).

If we look at Ford Motor today, during the last four quarters the company’s gross and net profit margins have been 13.6% and 3.09% respectively (lower gross margins due to the capital-intensive nature of auto manufacturing) although Ford is a very different company than it was in 1914.

So the conclusion? Losing $7.75 an hour in profit to get 24 cents back (3.09% of $7.75) is not “better for business” and it only serves as another example of the near-zero level of understanding certain minimum wage proponents have of arithmetic let alone basic business accounting.

Some people have asked “OK, Ford made his firm more profitable by introducing the productivity-enhancing assembly line. He could expand output, lower car prices, increase shareholder returns, and pocket something for himself without giving his workers a raise. So why did he?”

Indeed, the worker already benefitted from Ford’s higher productivity since cars were now cheaper in the marketplace and normally yes, he would have had no obligation to raise pay.

But in the case of the assembly line he found that he had to.

Assembly line work where the laborer performed the same single task over and over, day after day, was much more monotonous than each worker performing multiple assembly tasks in the pre-assembly line production model. Hence Ford found his best workers were defecting to competitors who, until then, paid competitively and offered more interesting work tasks to perform.

The dull nature of assembly line work compelled Ford to pay more to retain his best employees, but it was the assembly line’s productivity gains that made that pay raise possible to begin with.