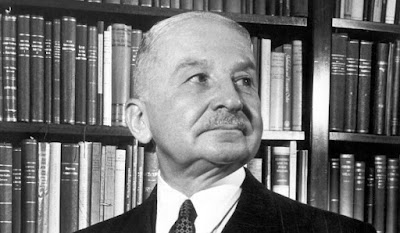 "The capitalists, the enterprisers, and the farmers are instrumental in the conduct of economic affairs. They are at the helm and steer the ship. But they are not free to shape its course. They are not supreme, they are steersmen only, bound to obey unconditionally the captain's orders. The captain is the consumer."

"The real bosses [under capitalism] are the consumers. They, by their buying and by their abstention from buying, decide who should own the capital and run the plants. They determine what should be produced and in what quantity and quality. Their attitudes result either in profit or in loss for the enterpriser. They make poor men rich and rich men poor. They are no easy bosses. They are full of whims and fancies, changeable and unpredictable. They do not care a whit for past merit. As soon as something is offered to them that they like better or is cheaper, they desert their old purveyors."

CO readers might conclude that we have moved so far from the free enterprise of Ludwig von Mises' early life – now with government interventions, crony government-rent seeking legislation, and literally six-plus million regulations restricting economic exchange to favor some groups at the expense of others – that his narration no longer accurately describes the American economy.