5 MIN READ - An update from the Cautious Optimism Correspondent for Economic Affairs and Other Egghead Stuff on San Francisco’s ongoing government-created housing and rental crisis. 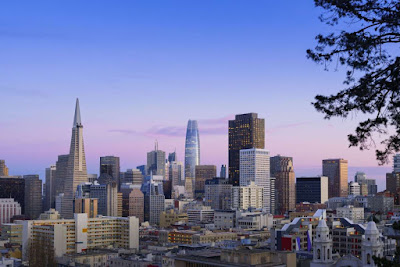 San Francisco local news reported this week the results of a study by the National Low-Income Housing Coalition estimating the income required to comfortably afford an apartment in many U.S. metro areas.

Unsurprisingly, the three major San Francisco Bay Area metros—San Francisco, Oakland, and San Jose—ranked in the top four most expensive rental cities in the USA with California owning eight of the top ten.

Eleven of the eleven most expensive rental states are blue Democratic strongholds and twelve of the least expensive fifteen are red Republican strongholds (the remaining three being swing states: Iowa, Ohio, and Missouri, all of which went for Trump in 2020).

All ten of the top ten most expensive counties in America are in California.

And San Francisco, where the Economics Correspondent lives, was the most expensive rental metro area in America. The study estimated one needs to earn $68.33 per hour to comfortably afford a two-bedroom apartment.

$142,126 just to afford a two-bedroom apartment despite San Francisco’s urban exodus due to the Covid pandemic and a year of falling rents.

Since the Economics Correspondent has lived in San Francisco for many years, the reasons for the city's out-of-control rents have long been clear to him: massive government interference in the housing market which makes the problem of a geographically small city with limited building space even worse.

San Francisco voters and government have adopted a NIMBY-prohibition-of-new-housing attitude going back to 1985. For three decades the San Francisco Board of Supervisors made it nearly impossible for any developer to build new housing units in the city, burying them in a tidal wave of red tape and regulatory mandates designed for the express purpose of discouraging residential real estate construction altogether.

Over ten years ago the Correspondent watched one developer surprise the Board by agreeing to all their expensive terms, so two weeks later they changed the rules to make the conditions even more prohibitive and then celebrated when the developer pulled out in disgust.

Predictably, if government freezes the supply of housing in a small city (surrounded on three sides by water) populated by many high earners prices are going to rise rapidly.

Under free enterprise, rising prices would be a siren call for developers to step in and construct new housing (ie. add new supply) which moderates the market, but San Francisco government has frustrated them for decades. Politicians and liberal voters have adopted a “developers making a profit must be banned” and “if they don’t sell it far under market levels we won’t allow it” and “you can neither convert existing non-residential space to residential nor can residential buildings be any taller” attitude, yet all complained for decades about skyrocketing housing and rental costs throughout.

The next mitigating proposal of the 1980's was not to back away from strangling the market, but instead to choke it even more tightly with rent control. The Correspondent will write another column in the future on the perverse effects of rent control but for now it will suffice to say the result was predictably more rental units taken off the market, tenants lost incentive to use space efficiently, and a further tightening of supply to compound the existing problem.

In the mid 2010’s San Francisco Mayor Ed Lee finally began a push to start allowing construction of some new housing units, taking on the far-left Board of Supervisors with considerable success. As modest new construction began Ed Lee suddenly died from a heart attack at a Safeway grocery store but his successor, the current Mayor London Breed, has to her credit continued his pro-housing policies.

But San Francisco is now hopelessly three decades behind the curve. A few high-profile buildings are going up near the downtown and Civic Center areas, but the Correspondent has read at least one estimate that San Francisco will need at least 300,000 new housing units to return to the inflation-adjusted level of affordability it enjoyed in 1985, when it began the NIMBY policies that have put residents in such a fix today—all for a city of less than 900,000.

Not only will San Francisco not be able to make up for the 300,000 units it’s neglected to build the last three decades, it also won’t be able to keep up with new entrants going forward. And as rents keep rising local liberals will argue “see, this proves building [a hopelessly inadequate handful of new housing units] doesn’t work.”

One final comment about the coalition’s report: a focus on minimum wage.

The report laments that no major city’s minimum wage is sufficient for low-skilled workers to afford a two-bedroom apartment or purchase a house. It urges higher minimum wage legislation.

But anyone with a brain knows that low-skilled minimum wage jobs produce too little value for the marketplace to trade a house or even urban center two-bedroom apartment in return. But that aside, the “raise the minimum wage” solution is a giant doomed-to-fail fallacy that is easily discredited by simple microeconomics.

In a city with X demand for rental housing but far less than X supply, rents will rise relentlessly until demand is curbed enough to bring it into equilibrium with supply—usually via people getting roommates or moving outside city limits.

But raising the minimum wage only inflates demand further. Higher purchasing power is only useful if businesses are allowed to offer enough supply to satisfy more consumers.

If supply remains rigid by government decree, higher minimum wage workers—or those who survive after their coworkers have been laid off—will only push the demand curve to the right which further raises the equilibrium price (see inelastic supply model). 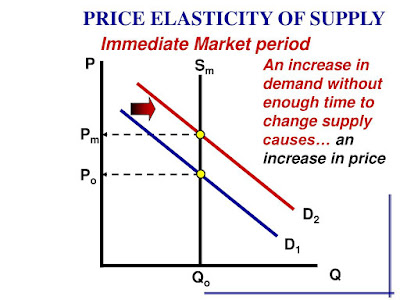 In other words the bidding war for the same, unchanged number of housing units will only intensify, the final result being even higher prices. No one wins since there are still no more apartments available to live in. Everyone throws more dollars at the same number of units.

If minimum wage workers find themselves more capable of raising their “bids” against higher-skilled, higher-wage workers, the latter will simply continue to outbid low-skilled workers by upping the price they’re willing to pay. Without additional housing capacity, the end result will at best be a slight reshuffling of who lives in the same number of units.

Actually there will be one clear winner: the real-estate owning class.

Landlords, who enjoy a government enforced cartel of limited rental units, will be even further enriched as rental bids rise. The unintended consequence will be that the very landlords San Francisco liberals hate, bash, and vilify with a passion will only get richer thanks to yet more government regulations courtesy of the very same politicians San Francisco liberals just keep on electing year after year.

Read more about the affordability study in the San Francisco Chronicle at: