Minimum Wage Economics and Fallacies: Labor vs Capital Part 2 of 2

5 MIN READ - Continuing with the labor versus capital dilemma, the Cautious Optimism Correspondent for Economic Affairs and Other Egghead Stuff examines an interesting and fallacious minimum wage theory regarding the societal benefit of capital itself. 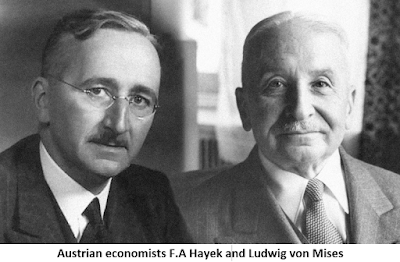 The final and most interesting capital fallacy from Fight for $15 proponents asserts that by spurring more investment in technology to replace low-skilled workers, higher government-imposed minimum wages actually produce a net economic benefit to society.

The Economics Correspondent himself believes the employment of more efficient capital tools and machines is the key driving force behind world history's economic progress, and that it’s productivity-enhancing tools that have ultimately—according to Austrian economist Ludwig von Mises—“transformed step by step the awkward search for food on the part of savage cave dwellers into the modern ways of industry.”

So, according to $15-per-hour advocates, what could be better than a law that fires low-skilled workers but compels businesses to invest in new technologies and employ more highly skilled engineers?

This alleged net benefit to society was recognized as fallacious in the mid-20th century by Ludwig von Mises himself and we’ll examine his critique in just a moment.

But first a more obvious and politically-disposed fallacy is that such an argument celebrates the layoffs of hundreds of thousands or even millions of low wage workers. And while finally acknowledging job losses that minimum wage proponents usually deny will ever materialize, it also depicts the loss of jobs to capital as a good thing.

This from the crowd that usually complains heartless machines are taking away all our jobs so we need government-paid universal basic income.

Another political contradiction lurking within the argument is that replacing a large number of low-skilled workers with a smaller number of high-skilled ones exacerbates the very income inequality the progressive movement claims higher minimum wages will solve. Large numbers of low-skilled workers will see their incomes fall from $7.25 per hour to zero, while more high-skilled tech workers will be hired at white-collar salaries.

Once the dust settles the media's headlined trend will read “widening income inequality,” blamed on capitalism of course, as more of the lowest earners lose their incomes completely and are forced to rely completely on government to survive.

But the most interesting error within the theory is the fallacy of forced capital investment as a net benefit.

Austrian economist Ludwig von Mises reminded readers in his 1949 treatise “Human Action” that labor isn’t the only limited resource in an economy: capital is finite too. The quantity of physical resources at the disposal of businessmen for the purpose of productive activities is always limited by the public’s level of voluntary saving (ie. deferred consumption).

Given that there are only so many capital resources to go round, businessmen opt to invest where labor shortages and rising costs of labor signal the most urgent need for employed capital, ie. where demand and investment returns for labor-saving or labor-enhancing technology are greatest.

For example, on the labor-cost side automated systems might relieve the demand for stockbrokers to process trade orders or for airline ticket agents to check in passengers. On the technology-demand side capital might be directed to better MRI machines that diagnose lifethreatening medical conditions more effectively (which medical insurers are willing to pay a lot for) or to manufacture more fuel efficient jet engines that save airlines billions of dollars globally in annual fuel costs.

And some investments are made in capital tools and machines that perform functions human beings are simply incapable of carrying out at all such as the fabrication of microchips or rigs that drill for oil a mile beneath the ocean floor.

However when the minimum wage displaces fast-food cashiers capital resources are diverted away from other, more urgently needed uses towards more self-serve kiosks, networks, and software which is not necessarily the best use of society’s scarce capital.

In a marketplace unhampered by government interference, the freely floating price system would normally signal to entrepreneurs that better jet engines, MRI’s, or automated securities trading machines are of greater benefit to society, especially when human workers are already standing by to take food orders at lower cost.

However when government artificially inflates the price of low-skilled labor, the price system is short-circuited and capital is diverted away from the most urgently demanded uses to more irrational ones.

Furthermore, capital is diverted for a purpose that now-unemployed human workers were perfectly capable of performing before, but now can’t because they’ve been artificially priced out of the market. Sending workers home to sit idle and receive government welfare payments while capital is diverted from urgently needed uses to perform their old jobs is a net loss to society, not a gain.

Anyone who has read von Mises’ works knows his writing can be tough sledding, but one "Human Action" passage on the subject is actually quite readable:

“All that minimum wage rates can accomplish with regard to the employment of machinery is to shift additional investment from one branch into another. Let us assume that in an economically backward country, Ruritania, the stevedores' union succeeds in forcing the entrepreneurs to pay wage rates which are comparatively much higher than those paid in the rest of the country's industries. Then it may result that the most profitable employment for additional capital is to utilize mechanical devices in the loading and unloading of ships. But the capital thus employed is withheld from other branches of Ruritania's business in which, in the absence of the union's policy, it would have been employed in a more profitable way. The effect of the high wages of the stevedores is not an increase, but a drop in Ruritania's total production.”

“By artificially raising the price and therefore the cost of certain types of labor through minimum wage legislation, the price system for workers no longer is fully telling the truth about who is available for work and at what market-determined wages to assist producers and enterprisers on deciding what would be the most appropriate use and combinations of labor and capital given the real, underlying supply and demand conditions in the market.”

“Capital that would be more profitably and efficiently utilized in other sectors of the economy will be drawn into these labor-saving activities due to the government imposing this wage floor for labor. This may occur, as a consequence, years or decades before the market would have determined that this was the best use for scarce laborsaving capital resources, and in some cases when it might never have been profitably desirable to redirect capital into those uses if not for the minimum law.”

-“Minimum Wage Can Result in Capital Replacing Labor When Not Needed”

So while government forcing firms to invest in more development of technology might sound great on paper, it comes at a great cost. The false price signal that government creates diverts capital and technological resources away from more urgently demanded uses towards irrational ones that could have been performed more cheaply by humans, except that government imposed wage-floors have made those humans more expensive, jobless and ultimately idle.

ps. Those who wish to read von Mises’ and Ebeling’s commentaries on the minimum wage’s effect of shifting finite capital from optimal to suboptimal uses can do so at...