6 MIN READ - The Cautious Optimism Correspondent for Economic Affairs and Other Egghead Stuff looks at the very real prospects for higher inflation over the long-term. Anyone interested in understanding more about the national debt may want to read on. 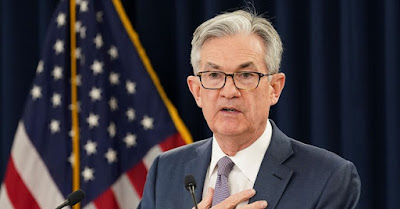 The Economics Correspondent has written repeatedly he isn’t worried about this year’s Fed Covid QE fueling price hyperinflation. To read his past entries on short and mid-term inflation click the following links:

However long-term inflation is more concerning although again, not because of the Fed’s massive quantitative easing of 2020. Rather, the catalyst is more likely to be the exploding national debt.

I. THE STATE OF THE NATIONAL DEBT

Because the federal government has so far borrowed nearly $3 trillion to spend on Covid bailouts, unemployment, assistance to state and local governments, and direct payments to households, the public debt has exploded to $26.8 trillion as of this writing. Meanwhile GDP contracted heavily in the spring although it should bounce back somewhat as economies reopen.

Exploding debt and a shrinking or more slowly growing economy means a skyrocketing debt-to-GDP ratio, the number that really matters to economists and policymakers.

Before the crisis the debt-to-GDP ratio had held fairly steady slightly above 100% from Barack Obama’s departure right up to March of 2020.

However with the Covid crisis the math quickly changed. Now the debt is $26.8 trillion and GDP, while erratic, is down somewhere closer to $20 trillion (it’s hard to say for certain since we’ve only gotten one full quarter’s GDP during the Covid pandemic). In the blink of an eye the debt-to-GDP ratio has risen from 107% to somewhere around 135-140%, eclipsing the all-time record of 120% set at the end of World War II.

As the debt-to-GDP ratio soared through the summer, the Correspondent worried more about inflation in the long term, but not due to some sort of “accident” resulting from a stimulus program like QE. Rather the concern was deliberate Fed policy to dilute the real value of the concerning national debt.

Some readers may already be aware of this longstanding trick by governments and central banks, but for those who aren’t just keep on reading. This might be one of the most informative and depressing things you’ll learn this month about fiscal and monetary policy.

II. IN THE AGE OF FIAT MONEY NATIONAL GOVERNMENTS NEVER HAVE TO PAY DOWN THEIR DEBTS

Governments have shown repeatedly over history that they almost never solve their debt problems through honest accounting—ie. raising taxes or preferably cutting spending. Since both of those policies are unpopular with the public and tend to get monarchs deposed or politicians thrown out of office, governments have usually resorted to inflation to lower the real value of the debt.

The trick goes all the way back to Dionysius of Syracuse (ancient Greece: 4th century BC) when he restamped all drachma coins at double their original denomination to solve his own overborrowing problems.

Or to the Roman Emperor Diocletian who helped slowly remove 98% of the silver content from the Denarius coin, using the siphoned silver to create more coins and inflate away the value of the imperial debt.

Even in the 20th century “a little more inflation” is how the U.S. government managed to whittle a debt-to-GDP ratio of 120% after World War II down to 30% by the 1970's. Washington ran deficits in 27 of the 35 years between 1945 and 1980, yet the debt-to-GDP ratio still fell by three-quarters over that time.

How? By both applying economic growth (real GDP growth) and inflating away the dollar's purchasing power from $1 to 24 cents over those 35 years, Congress never had to pay back 1945’s $250 billion nominal public debt honestly.

Back in 1945 a national debt of $250 billion was a staggering, unthinkable number. Almost no one thought such a huge sum could ever be repaid at a time when U.S. GDP was only $228 billon. But by 1980 US GDP had risen twelvefold to $2.85 trillion in nominal terms, so a $250 billion debt didn’t seem so bad by then.

But economic output had not increased twelvefold, only tripled, the result of population growth and higher productivity.

To upsize a tripling economy to twelve times its original size in nominal terms required price inflation which was devotedly provided by our central bank: the Federal Reserve. And hence what was considered an insurmountable national debt in 1945 became quite manageable by 1980.

Fast-forward to today and the debt-to-GDP ratio has grown to record heights once more in 2020. Hence the Correspondent believes the Fed will help out the very Congress that grants its monopoly power over base money by ratcheting up inflation over many years yet again—all to effectively repudiate its debt obligations through sleight of hand.

Well this is all what the Correspondent was thinking this summer. Unfortunately the Fed beat me to writing about it.

Late last month the Federal Reserve made a historic policy change announcing it was abandoning its long held “price stability” target of 2% annual inflation for instead an “average inflation target” of 2%.

Since official inflation has run closer to 1% for the last twelve years, the Fed argued it should run inflation higher than 2% in coming years in order to raise the “average” closer to 2%.

The new policy is inconsistent with its previous rationale for targeting 2% year-to-year, and the Fed’s policy statement included quite a bit of mental gymnastics to explain why higher inflation going forward to offset lower inflation more than a decade past is somehow a good thing.

But the real, unspoken reason is clear: The national debt is out of control—at levels that now even the Fed is worried about—and policymakers are finally acting to do something about it.

The solution will be higher inflation.

Just a little math to demonstrate the power of growth and inflation to reduce the federal government’s debt liability is illustrative:

Then if the Fed also creates enough new money to produce 1.5% annual inflation the $27 trillion real economy grows to $34 trillion in nominal terms without a single extra widget being produced. It’s all just higher prices.

Voila, with no reduction in our government’s debt position of $26.8 trillion, the debt-to GDP ratio falls from 134% to 79% in 15 years--all through growth and inflation.

However if the Fed produces higher inflation—say, 3% a year for 15 years—the $27 trillion real economy grows to an even higher $42 trillion in nominal terms. Again, not a single extra widget is produced in the real economy, yet the debt-to-GDP ratio is more than halved from 134% to 64%—1980's levels—without the government paying down a penny of the national debt.

And history shows Congress and future presidents won’t be content to leave it at that. The Economics Correspondent predicts—in fact guarantees—they’ll take the falling debt-to-GDP ratio as license to find new ways to run even higher deficits so that 15 years from now the national debt won’t stabilize at $26.8 trillion but rather rise to $46.1 trillion or higher to reach a “sustainable” debt-to-GDP ratio of 100%.

This free lunch is made possible by the sleight of hand every government in the world uses to finance unlimited deficit spending. Keep borrowing and spending year after year, so long as growth and inflation keep bailing the Treasury out down the road.

Even President Trump was relying on it when he ran $800 billion and $900 billion deficits in the first three years of his administration. His Treasury Secretary Steve Mnuchin said repeatedly that deficits wouldn’t be much concern so long as the economy could achieve 3% annual GDP growth. A $20 trillion economy growing 3% a year in real terms and running 2% inflation can run a $1 trillion deficit with absolutely no change in the debt-to-GDP ratio. And every president before him going back to FDR played the same game.

IV. NO FREE LUNCH, WE ALL PAY

As Milton Friedman said, there really is no such thing as a free lunch. With a hypothetical future inflation of 3% Americans and foreigners holding dollars will be the ones who pay for this seemingly magical debt payback by losing half the purchasing power of their money every 23 years, but they'll be told by the newspapers and academics that the inflation is good for them and that it “promotes full employment.”

In fact higher inflation is only a good thing for debt addicts and governments who want to spend beyond their means forever without having to pay back their accumulated debts honestly.

And as mentioned before this trick goes back to ancient Greece, but Adam Smith also condemned it famously and eloquently in his famous 1776 book “The Wealth of Nations.”

In Smith’s time most governments didn’t have the luxury of fiat money and monopoly central banks with computers that created bank reserves out of thin air. To expand the money supply and inflate prices they had to reduce the precious metal content in coins or devalue the currency unit’s definition into a lesser weight of metal.

But the fundamental principle is no different in 2020. As Smith noted nearly 250 years ago:

"When national debts have once been accumulated to a certain degree there is scarce, I believe, a single instance of their having been fairly and completely paid..."

"…The raising of the denomination of the coin has been the most usual expedient by which a real public bankruptcy has been disguised under the appearance of a pretended payment. The honour of a state is surely very poorly provided for, when, in order to cover the disgrace of a real bankruptcy, it has recourse to a juggling trick of this kind, so easily seen through, and at the same time so extremely pernicious."