4 MIN READ - The Cautious Optimism Correspondent for Economic Affairs and Other Egghead Stuff pondered prospects for hyperinflation during the Federal Reserve’s gargantuan spring quantitative easing. Now he follows up with prospects for inflation in the medium term. 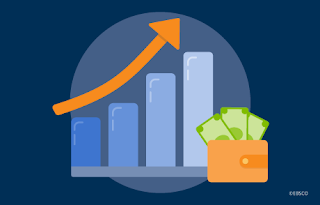 Last April the Economics Correspondent wrote a series of articles predicting no hyperinflation despite the Fed’s unprecedented, bigger-than-2008 quantitative easing. Not only did the Fed drive the monetary base straight up this spring, but unlike 2008 its policy also resulted in a huge increase in the broader money supply (measured by aggregates M1 and M2).

“During the financial crisis single-year period 2Q2008 to 2Q2009 monetary velocity fell by 17%... …the Economics Correspondent believes the Fed anticipates an even larger drop in velocity than 17% for 2020 and that the decline will easily outpace GDP’s”

Well the Q2 velocity numbers are out and they’re impressive. M1 velocity plummeted by 26.5% in a single quarter.

Federal Reserve official velocity records only go back to 1959, and no quarterly decline in monetary velocity for the last 60 years has even come close.

NBER velocity estimates that go back to 1869 show the same: The second quarter's collapse has set a record that goes back at least 140 years, and probably for all of American history.

And that’s why the record amounts of money created in Q2 produced not only no hyperinflation, but even a slight deflation for the quarter (CPI changes in April, May, and June were -0.8%, -0.1%, and +0.6%).

Incidentally it’s worth noting that by making this one correct prediction the Economics Correspondent now has more to his name than New York Times columnist Paul Krugman.

So now that the large spring economic contraction is behind us, what are the prospects for hyperinflation going forward?

Eventually the Correspondent’s crystal ball will cloud up and his luck will run out, but he can confidently say even in the absolute worst case there is still virtually no threat of hyperinflation. Slightly higher inflation perhaps, but not hyperinflation.

Since the Fed launched its unprecedented easing campaigns in mid-March the money supply as measured by M1 and M2 has risen 31% and 17% respectively with those increases leveling off the last few months.

And as previously stated, falling velocity offset all of that new money.

However velocity’s rapid decline will certainly level off too if for no other reason than 26.5% quarterly declines are simply unsustainable. Another plausible reason is that the economy has been reopened, millions of workers have been rehired, and consumers and businesses are spending more money than during the spring lockdown. Under those conditions velocity simply can’t fall 26.5% again.

So will a recovery in velocity be the catalyst to finally fuel hyperinflation? Once again, probably not.

Let’s take the absolute worst and highly unlikely case. What if velocity were to instantly jump back to its pre-pandemic levels right now?

Now that would be a major inflationary event and quite harmful, but it still wouldn’t be hyperinflation. And absent another giant Fed QE it would also be a “one-and-done” event.

By comparison let’s look at real hyperinflation. When people mention Venezuela and Zimbabwe hyperinflation—which many did when the Fed began its massive QE in March—they’re referring to 1 million and 11 million percent price increases—year after year after year—not a onetime hike of 17% or 31%.

So yes, if—and it’s a gigantic if—velocity returned to normal overnight the USA would experience a single major, harmful inflationary event, but it still wouldn’t be hyperinflation.

Now let's include GDP in the mix.

If velocity really did return to February 2020 levels so quickly, it wouldn’t happen in a vacuum. Such a massive spike in velocity would be accompanied by a consummate rebound in real GDP. Since according to the Equation of Exchange (mv = py) rising output reduces prices, a huge velocity rebound would be at least partially offset by increased economic activity.

So instead of 17% or 31%, inflation would be more subdued—maybe mid or high single digits, and again just a onetime event.

And all of these scenarios assume the Fed would not react by adjusting the remaining component of the Equation of Exchange it has a greater degree of control over: the money supply.

This is where things get a bit tricky, because if velocity really did take off and rising output was not enough to offset it, the Fed would be forced to pull back some of the new money it has created.

To do so it could sell off securities in open market operations to withdraw reserves from the banking system, or raise the IOER (Interest on Excess Reserves) rate it pays banks on the trillions of dollars in excess reserves they hold at the Fed instead of lending them out. It could also raise the traditional Fed Funds policy rate.

What's the tricky part? As George Mason economist Lawrence White has stated, the Fed would have to “thread a small needle” to pull off such a feat without causing another recession.

But there’s a good chance (not 100%, but good nevertheless) that the Fed won’t even have to resort to pulling back on the money supply, as velocity will rise at a slower pace than “back to normal overnight” and to the extent it accelerates it will be accompanied by an increase in economic output which acts to restrain prices.

OK, so what about the long term, into 2021 or even several years out? The Correspondent will address the more distant horizon in the next article.

To read the Correspondent’s April 26 post predicting no hyperinflation, go to: