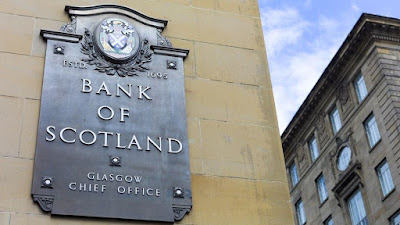 7 MIN READ - The Cautious Optimism Correspondent for Economic Affairs and Other Egghead Stuff suggests the next time a champion of statism tells you free markets can’t work in banking, ask them first for an example.

If they don't cite the historical experiences of Scotland, Canada, or Sweden, educate them first about Scotland which, from 1716 to 1845, operated the closest to a laissez-faire banking system the modern world (post-Renaissance) has ever seen and was uncoincidentally crisis-free for the entire 129 years.

I. SCOTLAND’S FIRST BANKS AND THE NOTE DUEL

As we’ve learned in previous columns, the Bank of England received its charter from English Parliament in 1694 to begin immediate wartime lending to the government before acting as a quasi-central bank.

Scotland was a much different place from England in 1695. Backwards and rural, Scotland was much poorer than its southern neighbor. It also had a great degree of autonomy and even its own parliament until the 1707 Act of Union merged the two countries into the Kingdom of Great Britain.

And although late 17th century Scotland was immersed in the same mercantilist policies that were so common throughout Europe, it was intellectually on the cusp of the Scottish Enlightenment, an era dominated philosophically and legally by principles of reason, natural rights, sanctity of the individual, liberty, and free markets that would later inspire founding fathers of the United States such as Thomas Jefferson, James Madison, Benjamin Franklin, and John Adams.

True to the mercantilist backdrop of 1695, Parliament granted the Bank of Scotland a 21-year monopoly, the original and only definition of monopoly that reigned for over three hundred years before John D. Rockefeller’s Standard Oil: the sole right to operate in a market at the exclusion of any would-be competitor, enforced by the power of the State.

Uncoincidentally Scottish Parliament also passed a law declaring it illegal for any Scottish bank to lend to governments without approval from Edinburgh. The Scots clearly saw English King William III’s strategy of financing war against France with private banks and wanted no part of it. William, surveying Scotland’s poverty, backwardness, and the legal difficulties he would face in securing loans from the Bank of Scotland, decided it wasn’t worth the effort and settled for relying on the Bank of England.

With a government-sanctioned monopoly commercial bank, Scottish finance could hardly be deemed a free market in 1695. However, the bank’s monopoly expired in 1716 by which time Scottish and English Parliaments had merged in the Act of Union. The now-British Parliament suspected the Bank of Scotland of Jacobite (House of Stuart Catholic) sympathies and was not amenable to granting any more privileges.

Mindful of Parliament’s reluctance to extend its monopoly status and mistakenly believing the prospects for competition to be low, the Bank of Scotland’s directors chose not to press the matter further and operated in a marketplace now devoid of government barriers to competitive entry.

The era of free banking in Scotland had begun.

Despite the Bank of Scotland’s established position and virtual 100% market share, a new competitor emerged. In 1724 the Royal Bank of Scotland opened for business and received a charter in 1727. Henceforth we will refer to the original and upstart banks as the Old Bank and the Royal Bank.

The Old Bank was none too pleased at the appearance of a competitor and schemed to promptly put it out of business. Immediately its directors advised customers they would not accept the Royal Bank’s notes for deposit and believed the new rival could be ousted with their incumbent market power.

The Royal Bank countered by advertising it would accept not only its own notes for deposit, but those of the Old Bank as well. It then stockpiled Old Bank notes, later submitting them all at once for silver coin redemption and forcing the Old Bank into an embarrassing suspension as its directors scrambled to call in loans and even resorted to borrowing.

While the Old Bank scurried to raise coinage under cover of suspension, the Royal Bank publicly announced “The Old Bank is not paying in silver, we are the only bank honoring its commitments” and stole many customers away.

Months later the Old Bank was able to resume redemption and plotted to exact revenge. It began accepting the Royal Bank’s notes, hoarding them as well, and then submitted them all at once to antagonize its competitor in turn.

The Old Bank also added a clause on its notes giving it the option to delay redemption by up to six months but pay noteholders 5% annual interest as compensation for their inconvenience. This “option clause” was the first of what would be many financial innovations borne from the fierce competition between Scottish banks.

The Royal Bank had anticipated the Old Bank’s plot and held a large silver reserve as a defense. Soon both banks were hoarding specie as a precaution against surprise attacks.

However before long both banks realized they were forgoing significant profits by holding such large reserves when they could be issuing more interest-bearing loans, so they agreed it was in their best interests to cooperate. They met once a week to trade notes and settle balances after offsetting claims were settled. Soon they were meeting twice a week, and eventually every day. The world’s first private bank clearinghouse system was born.

With the clearinghouse system established, Parliament outlawed the banknote option clause in 1765 in one of the very few interventions of the time enacted by government.

Later a third bank was chartered in Edinburgh, the British Linen Company—named so since its original business was textile trading and its routine credit dealings led it naturally into the banking business.

Scotland’s history of private banknotes remains so renowned that the country is one of only four regions in the world—alongside Hong Kong, Macau, and Northern Ireland—where private note issuance is still permitted. Bank of Scotland, Royal Bank of Scotland, and Clydesdale Bank notes still circulate, although domestic gold convertibility was ended in 1914 and private banknotes must now be 100% backed by inconvertible Bank of England banknotes.

Throughout the remainder of the 18th century and the first half of the 19th century Scotland had no central bank, private banking was completely open to entry, the right of note issuance was universal, and government bestowed no special privileges, protections, or bailouts upon any bank. Although the English and Scottish parliaments were joined in the Act of Union, Scotland still enjoyed a great degree of economic autonomy and the anti-mercantilist, free market ideas of the Scottish Enlightenment had taken hold.

In this nearly laissez-faire environment where banks succeeded or failed on their own merits, competition was fierce, profit margins were thin, and enormous incentives to innovate prevailed.

In May of 1728 the Royal Bank of Scotland invented the account overdraft, a service regarded as commonplace today.

Soon after the next logical step was established: the line of credit, filling a need by the banks’ merchant customers who couldn’t predict precisely when the need for advances would arise and in what amount.

Along with the private clearinghouse and option clause, these new services didn’t go unnoticed. In his 1750’s writings Scottish Enlightenment philosopher David Hume praised the influx of financial innovations that originated within the free, competitive banking system.

Initially banks operated in the largest city of Edinburgh with its diverse economy and leading population. At midcentury branches only operated within Edinburgh, but by the 1770’s both the Old Bank and Royal Bank had opened branches in Glasgow and the British Linen Company had already built a small branch network.

Scotland was not subject to the mercantilist Six Partner Rule of England that sought to keep banks small and impotent, so by the turn of the century branch offices were operating throughout the nation, the first such network of its kind.

Unlike in regulated England nationwide branching was not restricted and Scottish banks diversified their loans and deposits across a wide array of trades and geographies, promoting greater credit resilience and industrywide stability.

Today consumers take nationwide branch banking for granted, but the concept was born in the bitterly competitive landscape of early 19th century Scottish finance. By the time British Parliament put an end to the free banking era in 1845 Scotland had over 50 banks with names like the National Bank of Scotland, Glasgow Bank, Dundee Bank, Clydesdale Bank, and Union Bank of Scotland. Of these, 19 were note-issuing institutions with 363 total branches.

In fact Scotland’s 1845 branch-to-population ratio was only slightly less favorable than the one FDIC insured branch per 4,320 people operating in the USA today. Scots had greater per-capita access to credit and financial services than Englishmen and Americans during the time of Queen Victoria and Texas’ admission to the Union.