Free vs Regulated Banking: British Parliament and the Bank of England (Part 1 of 3)

7 MIN READ - As part of his new series on the success and failure of free versus regulated banking systems the Cautious Optimism Correspondent for Economic Affairs and Other Egghead Stuff offers a brief history of the Bank of England. 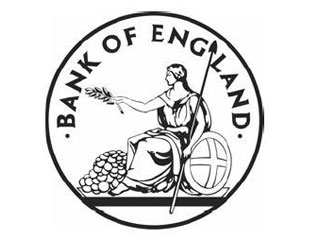 The history you are about to read here is noncontroversial. Any monetary economic historian worth his or her salt is fully aware of these events as evidenced by the Bank of England’s own website attached below.

I. THE BANK OF ENGLAND’S FOUNDING: A ROCKY START

The Bank of England was established in 1694, the conception of a king and parliament desperately in need of funds to wage war against France.

The Glorious Revolution (1688) had deposed King James II and nearly a century of House of Stuart Catholics from the English throne. The crown was transferred to James’ protestant daughter Mary and her husband the Dutch King William III, aka. William and Mary.

Unfortunately, the deposed James was also first cousin to French monarch and fellow catholic Louis XIV and his ousting undid England’s alliance with France. War broke out, but the Royal Navy was inferior to the French at that time and was soundly beaten at the Battle of Beachy Head (1690).

With Anglo-French conflicts erupting in North America and alliances being forged with continental European nations, a new era of longer, more protracted, more global, and more expensive wars was beginning. Nations were learning that money was as important in war as battlefield strategy.

As one contemporary English financier and Treasury advisor wrote:

"If we in England can put our affairs into such a posture, as to be able to hold out in our expense longer than France, we shall be in a condition to give the peace; but if otherwise, we must be contented to receive it.”

“For war is quite changed from what it was in the time of our forefathers when in a hasty expedition, and a pitched field, the matter was decided by courage. But now the whole art of war is in a manner reduced to money and now-a-days, that prince, who can bell find money to feed, clothe, and pay his army, not he that has the most valiant troops, is surest of success and conquest."

-Charles Davenant, "An Essay Upon Ways and Means for Supplying the War" (1695)

Unfortunately the English public of 1694 was already overtaxed and tax evasion was rife. The government’s credit among its own citizenry was poor. As a revenue workaround there were attempts to implement a poll tax, a lottery, and a failed land bank, all of which fell far short of raising the estimated £1,200,000 believed needed to effect the war.

Hence the Bank of England scheme was proposed by a brilliant and patriotic financier named William Paterson and championed by King William's Chancellor of the Exchequer Charles Montagu.

The Bank’s founders would launch today’s equivalent of an IPO, with the added incentive of patriotic exhortations, and those funds raised would be loaned to the government. Queen Mary herself subscribed to £10,000 as part of a marketing drive that enticed not only the Bank’s directors and wealthy merchants but also everyday citizens to invest.

The share offering was a success. The Bank quickly raised the £1,200,000 it sought, mostly in silver coinage (ie. specie), and loaned its new paid-in capital to the government primarily as written banknotes which served as claims on specie. In exchange the Bank received government bonds which it used as security against additional private commercial loans it issued while holding a smaller gold and silver reserve.

The Bank’s first several years were tumultuous and it suffered several crises and suspensions, although some of these can be blamed on interventions by both the English and overseas governments.

An ill-conceived silver recoinage in 1696 led to a brief shortage of coins and a run on Bank of England specie, forcing it into an embarrassing suspension of its banknotes’ convertibility into precious metal.

Jealous goldsmiths hoarded Bank of England notes and then demanded simultaneous redemption to ruin the Bank, leading to another suspension as the directors scrambled to call in loans and secure more silver.

Multiple attempted invasions by the deposed Catholic king’s son James Edward Francis Stuart (James III or “The Old Pretender”) fermented panic and rumors of his army landing in Scotland caused a run on the Bank.

And the Bank’s own worst enemy was King William himself who demanded more and more loans, each larger than the previous, stretching the Bank’s finances so thin that it was left with an increasingly inadequate and vulnerable silver reserve. In one particularly brazen act William demanded another large advance of banknotes, then resubmitted them to the Bank for redemption nearly bankrupting it of its silver coinage.

When the Bank’s charter came up for renewal in 1707 the directors argued they had accommodated the government up to the point of near ruin on multiple occasions and demanded some sort of concession in return for their loyalty to the Crown.

So in a series of quid-pro-quo arrangements between business and government which were so common in those days of mercantilism, Parliament granted the Bank a monopoly on joint-stock banking. Written into the Bank of England Act of 1708 was the so-called “Six Partner Rule” decreeing:

“It shall not be lawful for any body politic, or corporate whatsoever… … exceeding the number of six persons, in that part of Great Britain called England, to borrow or take up any sum or sums of money on their bills or notes payable at demand, or at any less time than six months from the borrowing thereof."

This monopoly, the original and only definition of monopoly that reigned for over three hundred years before Standard Oil—the sole right to operate in a market at the exclusion of any would-be competitor, enforced by the power of the State—would set the stage for a series of financial crises and bank failures that would plague England for well over a century.

The Bank was also given a total monopoly on note issuance within a 65-mile radius of London making it the only source of paper money in the business and financial center.

The Act’s desired and very successful objective was to prevent any competing bank from gaining enough scale and influence to challenge the Bank of England, thus preventing funds from moving elsewhere and depriving Parliament of its handpicked source of reliable and ample wartime credit. While other private banks could not raise capital from any more partners (ie. shareholders) than six, the Bank of England’s shareholder base was unlimited.

Thus outside of London the English countryside was scattered with dozens, and eventually hundreds of tiny banks that, even where well-managed, were legally restricted from growing to any meaningful size or servicing any large geographic area.

1. Small banks with limited geographic scale were unable to diversify their loan portfolios. Dependent on only the local industry or crop, a downturn in a single economic sector could ruin a bank since it had no loans from any other industry or region.

2. Small banks were also unable to diversify their depositors. Dependent on only the local community, a single wealthy depositor could bring down a bank with one large withdrawal, something even more likely to occur during times of trouble.

3. The restriction precluded the most capable businessmen from entering banking. Successful entrepreneurs in the textiles, agricultural, machinery, or overseas trades were excluded from finance as their lucrative enterprises were already joint-stock companies, thus leaving banking to less competent upstarts. As William Dodgson Bowman’s Bank history (1937) tells us…

“In the provinces, people of many different occupations took up the trade—grocers, bakers, drapers, graziers, chemists and tailors,” but only a few banks “were founded by prudent business men, who understood the business and were alive to the importance of maintaining an adequate cash reserve against their paper issues.”

“A number of the banks were run by people with inadequate capital, with little knowledge of banking principles and methods. These mushroom concerns were responsible for large issues of notes, which were found to be merely wastepaper as soon as there was a sudden demand for cash.”

4. The legal restrictions placed on the size of country banks made each bank’s notes issuance small and localized. Thus Bank of England notes so dominated English circulation that they came to be treated as a reserve themselves, much as Federal Reserve Notes were legal reserves during the Fed gold standard era of 1914-1933 and remain fiat paper legal reserves today. This added an additional macroeconomic destabilizer as the entire country’s credit policy tended to expand and contract with that of the Bank of England, leading to larger and more widespread boom-bust cycles.

Meanwhile north of the border in Scotland, where neither the Six Partner Rule nor any central bank existed, a nearly 100% unregulated system of private, competitive, nationally branched and highly diversified banks experienced no financial crises during the same 125 year period (sole exception: the Napoleonic Wars suspension which will be explained in a chapter on Scotland).

Nonetheless, Parliament did nothing to reform the Six Partner Rule as its overriding concern was guaranteeing itself a reliable source of credit to finance England’s century-plus series of on-again, off-again conflicts with France. Economic and financial stability consistently came second to war.

Stay tuned for next week’s second chapter on lessons learned from the experience of Parliament and the Bank of England.

Bank of England’s history at bankofengland.co.uk: