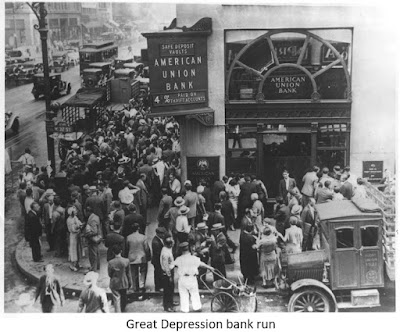 It’s widely accepted by policymakers, academics, and even the general public that banks must be regulated and guided by government oversight to avoid catastrophes like the 2008 financial crisis. After all banks make loans which are inherently risky and given undisciplined greed must be controlled by impartial experts at America’s various bank regulatory agencies: the Federal Reserve, OCC, and FDIC.

New York Times columnist and economist Paul Krugman gives us an articulate summary of the mainstream position, writing that:

“History tells us that banking is and always has been subject to occasional destructive ‘panics,’ which can wreak havoc with the economy as a whole… … It’s clear, then, that we need to restore the sorts of safeguards [ie. regulations] that gave us a couple of generations without major banking panics.”

But a serious study of history shows that some countries have never experienced a banking panic at all, that the most deregulated banking systems have actually been the most stable, and that virtually every banking crisis in history can be traced directly back to some perverse government regulation.

History also provides us with another insight: those very same destabilizing bank regulations are nearly always enacted either to raise revenue for the government itself or to tilt the playing field in favor of some politically connected banks at the expense of others, or to benefit certain interest groups at the expense of the general public.

As evidence, far from “always being subject to destructive panics” Scotland and Canada, the two least regulated banking systems in the history of the industrialized world, suffered zero crises during their respective century-plus “free banking” eras of 1716-1845 and 1817-1935.

That’s 129 and 118 crisis-free years despite virtually no regulations.

Meanwhile England and the United States, far more regulated than their northern neighbors, suffered from roughly ten and thirteen crises.

Furthermore during the Great Depression the United States, operating in what Paul Krugman calls a “deregulated” era (it wasn’t as we shall soon see) with a supervisory central bank, suffered over 10,000 bank failures. Meanwhile in Canada, with scant few regulations and no central bank, not a single bank failed.

Note that that outcome wasn’t simply “Canada avoided a crisis.” It was “No Canadian banks failed during the Great Depression and 10,000 American banks did.”

It’s also important to note that in this age where governments regulate banks more than ever, and central banks dominate banking systems with vast powers like never before, the world is in an unprecedented age of crisis.

According to Charles Calomiris of Columbia University and Steven Haber of Stanford, between 1970 and 2010 no less than 83 countries have experienced a financial crisis with 19 countries experiencing two crises and two more countries three and four crises each—at total of 107.

During the allegedly unstable, deregulated age of the classical gold standard (1875-1913), only five countries experienced a total of ten financial crises with the United States—the most regulated banking system in the world at that time—accounting for five of them with three more countries experiencing the remaining five.

That’s a comparison of two periods of roughly 40 years each:

Already just a cursory look at the historical track records of free and regulated banking systems casts Krugman’s evidence-free assertion into doubt as well as the conventional wisdom that’s been disseminated by the media, politicians, and of course the regulators themselves.

In a new series of articles on the history of banking and financial instability, the Economics Correspondent will tell the important stories of Anglo-American banking that the New York Times and its loyal readers appear to be completely unaware of: finance in England, Scotland, Canada, and the United States.

There will be many chapters in these histories, and the Correspondent will give readers at minimum a “break” between the European record and North America’s.

The chapters on England will be first in forthcoming columns.