Left Coast Correspondent: Twitter and the CCP Work to Ensure Covid Doesn't Produce Another 1644 or 1912 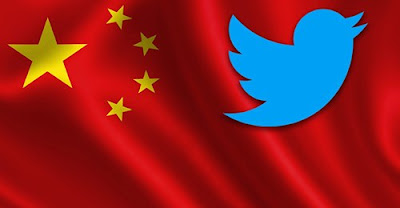 1 MIN READ - The Cautious Optimism Correspondent for Left Coast Affairs and Other Inexplicable Phenomena has been known to dabble in Chinese history and gives credit to the Chinese Communist Party for one thing: they know their country’s history and all the ways thousands of years of emperors and dynasties before them were overthrown and ousted from power.

The last two dynasties, the Ming and the Qing—pronounced “ching,” also referred to as the Manchu dynasty since the rulers came from the northeastern region of Manchuria—fell in 1644 and 1912 respectively, both overthrown by the Chinese masses who were long fed up with decades of dynastic decline, corruption, poverty, and hunger.

But even though the peasantry had suffered throughout the last failing decades of both dynasties, can it be just a coincidence that major plagues broke out right before the rebellions?

A major bubonic plague epidemic spread throughout China from 1641 to 1644, 1644 being the year that armies led by peasant rebel general Li Zicheng marched victoriously into the Forbidden City as the last Ming emperor Chongzhen hung himself from a tree overlooking the palace.

A pneumonic plague outbreak struck the Qing’s home territory of Manchuria in 1910, followed by a bubonic plague epidemic in greater China that lasted from 1911 to 1912. The domestic uprising against the Qing began in 1911 and the dynasty was finished by 1912.

So in 2020 with China ruled by the Communist Party dynasty, is it any wonder that the regime will spread whatever disinformation and propaganda necessary to deflect blame for the modern plague of Covid?

Despite the CCP’s tight control of media and information, they are not very popular with most everyday Chinese who effectively put up with them so long as the economy keeps growing.

And the communist leadership isn’t stupid. They know plagues and epidemics at a minimum coincided with the fall of China’s last two dynasties’ 276 and 268 year reigns, and they aren't taking any chances that theirs will be cut short after just 71.

No wonder then that both they and their political allies at Twitter are determined not to let history repeat itself and will do or say whatever it takes to prevent another 1644 or 1912.