"The Atlanta Federal Reserve estimates that GDP will grow at an annualized rate of 35.3% in the third quarter..."

"The Economics Correspondent has access to annual GDP figures going back to 1800... ...Just one quarter after many in the media were predicting another Great Depression the economy is showing resilience with a rebound which, measured by GDP, will set a record going back to before the days of George Washington and Benjamin Franklin." 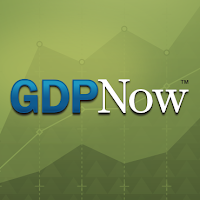 As CO readers may have already noticed, the Cautious Optimism Correspondent for Economic Affairs and Other Egghead Stuff doesn’t comment on every single monthly or quarterly jobs, unemployment, GDP, or inflation report.

But these are historic times. The arrival of Covid, government lockdowns, and then economic reopenings has generated wild swings in the economic indicators that we may not see again in our lifetimes.

The Atlanta Federal Reserve estimates that GDP will grow at an annualized rate of 35.3% in the third quarter.

You’re not misreading that. It’s not 2% which was so common during the Obama years, or 3% as we typically saw during the first three years of the Trump administration.

It's +35.3%, with twenty other forecasting institutions averaging a lower estimate of about +29%.

But whichever estimate you use—the Atlanta Fed’s or the private forecasters'—these are simply historic numbers.

The Economics Correspondent has access to annual GDP figures going back to 1800—using academic scholarly estimates up to 1944 and official government statistics afterwards. Let’s compare +35.3% annualized per quarter to past records:

Quarterly: GDP statistics by quarter are only available starting in 1947 and the record stands at 16.7% in Q1 of 1950 when the USA was coming out of a recession.

Going back before 1947 the Economics Correspondent’s best guess for a potential rival would be the second quarter of 1933, right after the great banking Panic of 1933 (February/March). The government’s March audit of the nation’s banks and mass return of deposits by bank customers launched a strong economic comeback that was abruptly squelched that fall by Franklin Roosevelt’s National Recovery Act.

Annual: GDP by year is more interesting. Unsurprisingly the highest gains are in wartime when the government engages in large military purchases. However, wartime GDP is misleading since private GDP often suffers as government spending “crowds out” private consumption and investment spending.

Consistent with this problem is 1942, officially the highest year at +18.9% GDP growth and 1943, the next highest at +17.0%. Unsurprisingly these were the first two full years of America’s involvement in World War II, and just as predictably private sector GDP was negative in both years. So even though 3Q20 eclipses both, it’s not suitable to compare “mostly peaceful protesters” 2020 to wartime 1942 and 1943.

Readers who are curious about the economics of the World War II spending drawdown and 1946 boom can read the Correspondent's 2019 article at:

But for now let’s compare these records to 3Q20.

And it’s important to note that since +35.3% is an annualized figure, the economy would have to sustain an impressive double-digit annualized rate of growth for three more quarters to compare suitably with the entire year of 1946.

But by any measure, 35.3% annualized GDP growth in one quarter is an off the charts, unprecedented record.

So the Economics Correspondent is willing to bet his next year’s salary that when these numbers are released, the media will immediately try to spin them like wet laundry.

Fearing any good news that might reflect positively on Donald Trump and detract from their campaign's chances of victory, the Correspondent predicts any combination of these headline narratives:

3) “GDP up but millions still out of work”

4) “GDP growth misleading because it follows a revised -31.4% annualized loss in Q2”

5) Blackout. Or bury the story at the bottom of page B7.

Nowhere in the headlines will we see the words “record” or “historic” or “unprecedented” unless it’s in conservative leaning outlets such as Fox News or the Wall Street Journal.

But regarding the fourth and final “spin,” there is actually a lot of truth to the argument that +35.3% growth is simply digging out of the hole of the -31.4% annualized contraction of the previous quarter.

And of course there are more quarters to come post-election which will probably raise the index further.

Well, the index will rise assuming a giant Covid autumn/winter second wave doesn’t produce a negative enough affect on consumer behavior or worse yet a return to economic lockdowns. Most economists think the result would be a slowdown of the recovery, not a reversal, but it all depends how bad the new cases and how bad the local/state government restrictions get.

But despite the media’s likely spin that it’s only a bounce after a giant contraction, the key point is that there *is* a bounce—a gigantic, record bounce.

Just one quarter after many in the media were almost gleefully predicting another Great Depression the economy is showing resilience with a rebound which, measured by GDP, will set a record going back to before the days of George Washington and Benjamin Franklin. It’s already broken records for the pace of reduction in the unemployment rate.

Contrast the current 2020 rebound with the “recovery” under Barack Obama where the media declared him the Messiah when an isolated quarter came in at 5%, but the average over his eight years was more like 2.2% in which case it was the fault of Congressional Republicans.

Yes, yes, Obama had a real structural recession in 2009 and Trump has an economy that was artificially put to sleep and then woken back up. Yes, they are two completely different kinds of recessions, but few in the media will even try to make that distinction because it will mean first acknowledging that the economy has woken up with a vengeance in the first place.

So CO Nation will have to read it right here because you won’t get it from CNN or The New York Times. If Q3 GDP numbers are anywhere in the ballpark of the forecasts, it will be validation that the economy is rebounding from Covid-related lockdowns with a strength never before seen.

But instead we’ll probably see negative headlines about malaise, joblessness, and suffering.

And inequality. You're supposed to never, ever forget about inequality.