“[California Democratic State Assembly Member Rob] Bonta said he would like to see a wealth tax passed in addition to the “millionaires tax” proposed in a bill introduced in late July. AB1253 would add surcharges … …bringing the top rate to 16.8%. California’s top rate today, at 13.3%, is already the highest in the nation.”

“We must consider revenue generation.” 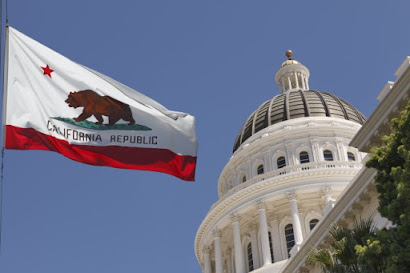 1) Up until the Great Financial Crisis the top tax rate for single adjusted gross incomes above $47,000 was 9.3%.

2) In the budget crisis that ensued during the depths of the 2009 recession Governor Arnold Schwarzenegger hinted at a compromise to allow some temporary tax hikes until the recession was over. Sacramento Republicans walked away, all voting no, and Schwarzenegger worked exclusively with majority Democrats to raise taxes on higher incomes.

Of course we all know what “temporary” tax hikes mean in government.

3) Well technically Schwarzenegger did keep his promise. The 11.3% rate was indeed temporary, but only because in 2012 Governor Jerry Brown raised the top rate again to 13.3%, easily the highest in the nation.

4) And now California Democrats are proposing to raise the top rate again to 16.8% on incomes over $5 million, plus a 0.4% “wealth tax” on their net assets, year after year after year.

So with the top federal rate of 37%, California’s top earners would surrender 53.8% of their income before they even get a paycheck. Add to that property taxes on even modest homes assessed at millions of dollars, sales taxes, the Obamacare 3.8% net investment tax, utility taxes, car taxes, tolls, and 0.4% of their net assets, and the Golden State’s highest earners are out close to 60% of their income at least. And the higher their home value and the higher their assets the more their paycheck vanishes.

This doesn’t even address how they’re supposed to raise cash to pay the wealth tax on illiquid assets like land, commercial real estate, or a business.

So you’re a business owner or corporate executive who makes $5 million a year, but you’re lucky to take home $2 million. Meaning every year you work into August for free.

And if you make $5 million a year, moving from California to Texas, Florida, or any of the other zero income tax states nets you nearly $1 million annually just for changing your address.

But of course a 16.8% state income tax won’t compel anyone to move out. Because Sacramento Democrats said so.

ps. The Economics Correspondent would still prefer a 16.8% top income tax rate imposed on California's overwhelmingly liberal populace over House Speaker Pelosi's attempt to extort one or two trillion federal dollars from coronavirus relief bill negotiations to bail out fiscally irresponsible states like her own.

Responsible red state voters shouldn't be forced to bail out blue state fiscal recklessness, and a 16.8% tax bracket would force Sacramento and its voters to deal with the repercussions of their progressive policies: angry taxpayers leaving for redder pastures.