Stalin Screened the "The Grapes of Wrath" as Anti-American Propaganda... And It Backfired

3 MIN READ - The Cautious Optimism Correspondent for Economic Affairs and Other Egghead stuff never tires of recounting both the tragedies and comedic bunglings of Marxist socialism and communism. With Bernie Sanders—himself a sympathizer to Marxist regimes in Cuba, Chavista Venezuela, Sandinista Nicaragua, and the old Soviet Union—making a strong but fading run for the Democratic presidential nomination, it’s time to delve back into history. 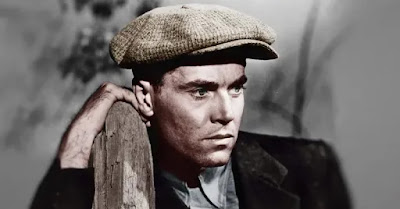 CO readers may already be familiar with the Ukrainian Holodomor.

During the 1930’s, while the United States was struggling to recover from the Great Depression, Josef Stalin’s Soviet Union was experiencing what American University history professor Peter Kuznick describes as an “economic boom.”

During that "economic boom"—specifically 1932-1933—4 to 6 million Ukrainians starved to death as well as several million more ethnic minorities in Soviet satellite states such as Kazakhstan, Azerbaijan, Armenia, Georgia, and Western Siberia.

This was on top of the Russian famine of 1921 that killed another estimated 5 million.

Stalin had pressed for nearly all the country’s resources to be sacrificed for the development of prestigious heavy industries such as steel and electrification—and later the military and a nuclear weapons program—while the average Soviet citizen’s welfare was sacrificed for the glory of scientific Marxism.

His reforms to “dekulakize” the farms—that is, denounce landowning farmers as class enemies, tear them away from their farms, and force all peasants into huge, state-run agricultural collectives—resulted in falling agricultural output. Then when the kulak peasants resisted, he sent the Red Army and secret police into Ukraine to enforce a program of class liquidation that deliberately starved millions to death before they submitted to his authority.

Nevertheless, Stalin remained committed to proving the superiority of communism to his people and in a strange twist recruited an American movie for help.

In 1940 Hollywood produced John Steinbeck’s “The Grapes of Wrath” starring Henry Fonda, from a novel that portrayed the plight of American farmers who had been impoverished by the calamity of the Great Depression. Steinbeck, a communist sympathizer at the time, painted a picture of the suffering proletariat exploited by California and Midwest agricultural capitalists. Uncle Joe saw the perfect narrative for an anti-Americanizing propaganda campaign.

Given the importance of preserving the lie of Soviet prosperity, Stalin viewed foreign films as “subversive” and the last thing he wanted was for his own people to get a glimpse of true American or Western European lifestyles.

But a chance to showcase an American movie that actually painted its own people as poor, struggling, suffering victims at the hands of the capitalist class? As VintageNews writer Nikola Budanovic notes, “Uncle Joe thought that a film which the Americans label as ‘socialist’ must be heaven-sent in the largest and most influential socialist state of the time.”

By 1948 the temporary alliance with Britain and the U.S. against Nazi Germany was long dissolved and Cold War was underway. The Great Depression had also long since ended and America was enjoying a postwar economic boom, but that didn’t matter. The right moment had arrived.

Stalin’s secret police arranged free showings of “The Grapes of Wrath” all across the country—renamed "The Road to Wrath" to remove the title's religious reference.

This clever maneuver, where America’s own films would be turned against it, would be the propaganda triumph Stalin had coveted.

However after a few weeks of screenings Stalin and his NKVD realized Steinbeck’s story was having the opposite effect on Russian viewers.

Yes, seeing the Joad family’s crops turn to dust and the clan lose its farm were misfortunes that Russian audiences could sympathize with—even identify with—even if Russian property was confiscated by the Communist Party, not a private bank whose loan wasn’t being repaid.

But Russians were astounded when they saw a family of common farmers owned a house—even temporarily—far more lavish than anything they could ever hope to live in. Americans could afford rifles, shotguns, and other firearms and were even allowed to keep them?

And most of all the Joads owned a car that they hopped in and drove to California! In their eyes the Joads were unimaginably rich, possessing wealth on the same level as the Moscow party bosses.

Who would have ever thought, they asked, that in America when poor people’s crops die and they lose their farms that they can just pack their vast belongings into the car and drive cross-country to find better opportunities?

Far from convincing Russians that the United States was an empire of poor proletariat masses being crushed under the boot of capitalist exploitation, “The Grapes of Wrath” unmasked a stark contrast between America’s allegedly oppressed poorest—whose lifestyles appeared regal to Russian viewers—and the far more miserable existence of communist life.

His “Grapes of Wrath” debacle is one of a long list of farcical propaganda mistakes the communists made over the decades, and it would bring us all even more laughter if not for the epic tragedy that communism wrought upon the Soviet people for nearly seventy years.

For more on Stalin's failed propaganda campaign, go to:

To read more on the multiple famines of the Lenin and Stalin eras, go to: