Keynes Would Oppose the Fed's Next Rate Hike

From the Cautious Optimism Correspondent for Economic Affairs (and Other Egghead Stuff). 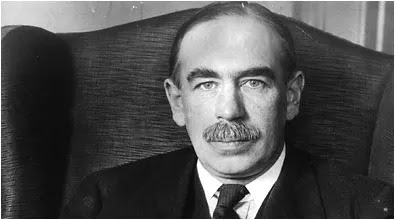 Keynes hated savers, blaming them for the world's economic ills because they wanted a "moderately high rate of interest" in return for the risk of investing their hard-earned money and forgoing immediate consumption. He called for…

...and an all-powerful central bank to push interest rates down as low as possible.

Regarding raising interest rates and possibly lowering business investment and employment, Keynes wrote in “The General Theory of Employment, Interest, and Money," his famous book which has wielded enormous influence over politicians, central bankers, and academics for more than 85 years:

So who is right? Should rates be forced down to rock bottom indefinitely to, as Keynes urged, "abolish slumps" and keep “us permanently in a quasi-boom?"

Or should rates be hiked—or what free marketers would argue: simply allowed to rise on their own without being suppressed by central banks—to slow down the highest price inflation in 40 years, even at the risk of precipitating a more severe recession than we've seen in the two most recent quarters?