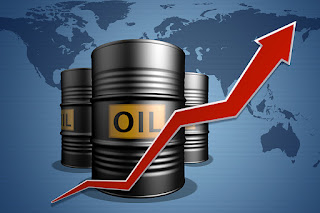 2 MIN READ - The Cautious Optimism Correspondent for Economic Affairs and Other Egghead Stuff is listening to talking heads on CNBC and Bloomberg exclaim how "surprised" they are that reported headline August CPI was +8.3% year-over-year despite a 10% fall in gas prices in August.

Or, stated as a more general principle, "cost push" inflation—the theory that a higher price of one major commodity spilling over into other products that use that commodity as an input drives a general increase in all prices—doesn't exist.

Milton Friedman got it right over half a century ago when he stated:

He also criticized economists, most of them Keynesian and/or government-employed, who argued in the 1970's that higher energy prices were behind the 131% inflation that struck during the decade following the end of the Bretton-Woods international gold standard.

And despite the stunning oil price collapse in 1986, the general price level remained 140% higher than when oil prices originally surged during the 1973 OPEC oil embargo.

Because, as Friedman never tired of repeating, the real reason prices rise is that money is being created too quickly by the central bank... period.

If gas prices fall, but the money supply remains constant, then consumers will have more money left after gas purchases to demand other products whose prices in turn rise and offset the falling price of gasoline. Hence falling gas prices don't lower the general price level which remains relatively constant.

If the Fed keeps expanding the money supply atop falling gas prices, consumers will have that much more money left to spend after gas purchases, pushing prices of other products up that much faster. The result: an increase in the general price level despite falling gas prices (to the shock of reporters on CNBC).

In other words, precisely what we are witnessing now: a year-over-year annualized increase of 8.3% for all prices, not just energy.

The Economics Correspondent wrote in more detail about the "rising gas prices cause high inflation" fallacy four months ago at: