The Economics of Healthcare in America #1: Where Individuals (not Averages) Live Longer Than Any Country on Earth (Part 1 of 2)

5 MIN READ - The Cautious Optimism Correspondent for Economic Affairs and Other Egghead Stuff begins a new series of articles on the economics of healthcare in the United States. 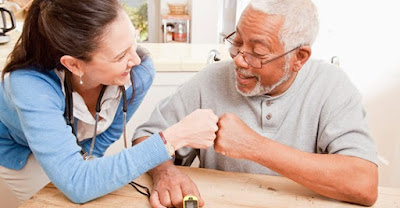 Explaining the drivers behind runaway price inflation in U.S. medicine and how to fix it will come in future columns, but first the COCEA debunks those deceptively framed statistics used by socialized medicine proponents to claim American healthcare produces inferior results to other developed countries.

Have you ever read a news headline that American life expectancy lags behind the rest of the developed world? Or a socialized medicine proponent claiming "we pay more than any country for healthcare but get the worst results?"

If you aren’t Rip Van Winkle then the answer has to be “all the time.” The semi-private U.S. medical system, which is under constant attack by politicians and their allies in the press, is accused on a near daily basis of failing Americans due to its high cost and relatively low life expectancy compared to other developed countries. The collection of examples is practically infinite, but here are just a few headlines that convey the point. Do any of these sound familiar?

“Americans Die Younger Despite Spending the Most on Health Care”

“U.S. health spending twice other countries' with worse results… The U.S. spends about twice what other high-income nations do on health care but has the lowest life expectancy.”

Now it is true that U.S. healthcare spending, at 17% of GDP, is exorbitantly expensive. And in a future column I will explain how artificially high cost is the product of decades of strangling government controls and regulations that have dismantled the normal pricing disciplines that market forces were once allowed to impose on the industry.

But the argument that American life expectancy lags the rest of the world and therefore indicts the U.S. health system is essentially false. As is often the case, it presents statistics in the most useful way to achieve a desired policy conclusion (government-run healthcare)—because the statistics use national averages to stack one very large, ethnically diverse nation up against small homogeneous ones instead of comparing apples to apples.

Let’s explain. The standard statist argument goes something like this: Average life expectancy in the United States is lower than in most other industrialized nations (true), therefore our semi-private health system has failed. Just look at how much longer the citizens of Japan and Sweden and Great Britain live than Americans. Their medical systems are far more socialized than America’s, therefore socialized medicine must be better, right?

While it’s true that average life expectancy in those countries is higher than in the USA, the studies don’t account for like ethnicities which is a critical distinction when one of the countries is large with a highly diverse population. For example Sweden and Japan are lauded for their high average life expectancies, yet Swedes in the U.S. live longer than Sweden’s average lifespan, and Japanese in the U.S. live longer than Japanese in Japan.

The same is true for Latinos, African Americans, Chinese, etc. You name it. Across the board they virtually all live longer in the USA than in their home countries.

Yet on the whole U.S. life expectancy still ranks lower than most developed nations (for the purpose of this discussion we’ll consider OECD member states as “developed countries” since OECD status is the most frequently referenced criterion). So why the disconnect?

Because—and this is key—the average for the entire United States is lowered by larger numbers of ethnicities with traditionally lower lifespans such as African-Americans, Native Americans, and Eastern European Caucasians, groups who don’t live in large numbers in most OECD nations. How large are the African and Native Indian populations of Norway, Ireland, Germany, Switzerland, and Japan?

Our status as a melting pot nation combined with the legacy of African slavery and the most generous immigration on the planet leads to a lowering of average lifespans that doesn’t affect more homogeneous OECD (particularly western European and developed Asian) societies.

OK, so this sounds like an interesting theory, but let’s be real. Is it really true? Are there any statistics to back this notion up?

Why yes. Let’s take the most famous example of Japan where that country’s citizens have enjoyed the world’s highest national life expectancy for decades. According to the World Health Organization in 2015, average life expectancy in Japan was an impressive 83.7 years (sources in links below).

But in the United States, average life expectancy for Asians is an even more impressive 86.7 years, fully three years longer than Japan’s homogeneous national average. And that’s *all* American Asians, not just the longest-living nationality (Japanese) but also shorter-lived Chinese, Koreans, Vietnamese, etc…

That’s right, if you’re the average Asian living in the United States you will likely outlive the average Japanese by three years.

(note: The Asian-American figure of 86.7 years comes from a 2014 CDC study by way of a “TheBalance” article on life expectancy. Since then lifespans have fallen slightly due to suicides and particularly opiods, a phenomenon being witnessed in Canada and several European countries as well).

And of course an Asian in the U.S. not only outlives the average Japanese, but lives even longer than the citizens of other Asian countries such as South Korea (OECD member, 82.3 years), Taiwan (79.3, source: United Nations), China (76.2), and Singapore (83.1).

It’s the same story for African-Americans. Their shorter life expectancy of 75.5 years lowers the U.S. nationwide average considerably, but African Americans live far longer than Africans do in Africa. The highest life expectancy for a non-Arab African country is the tiny nation of São Tomé and Príncipe at 67.5 years. This says nothing about the other African countries like Rwanda (66.1), Kenya (63.4), Nigeria (54.5), or even the relatively wealthy (for the time being) South Africa (62.9).

And how about Latinos? Hispanic Americans live to 82.9 while the highest life expectancy in Latin America is Chile (OECD member) at 80.5. Looking at the rest of the region life expectancy is of course lower in Mexico (OECD member, 76.7 years), Brazil (75.0), Colombia (OECD applicant, 74.8), and even Argentina (76.3). We exclude Cuba’s “official” life expectancy of 79.1 which comes from the communist regime’s government records and is widely dismissed as false (just as every communist government was revealed to have published false statistics after losing power post-Cold War).

Native and Alaskan First Americans in the United States have a shorter life expectancy of 75.0 which also pulls down America’s national average. Unfortunately there are no dominantly Western Indian countries to compare lifespans against, but if there were the national average would almost certainly be lower than 75.0. One revealing example is Canada’s small native Inuit population that lives to only 68, seven years less than American Indians. And the larger point is proportional numbers of Native Americans suddenly transported to Japan or Britain or Sweden, along with African Americans and Eastern European, would lower their average national life expectancies significantly.

The one exception is American whites overall. With an average life expectancy of 79.1 the U.S. places right in the average for the European continent, or among the bottom of Western European nations while atop Eastern European nations including OECD members Poland, Hungary, Estonia, Latvia, Lithuania, Turkey, Slovakia, and the Czech Republic.

However the U.S. also has a much higher percentage of whites of Eastern European descent—the legacy of mass immigration during the early 20th century—than western European countries like Norway, France, or Spain. So in the case of whites the U.S. places pretty much in line with Europe as a whole instead of far better.

The U.S. also counts deaths of infants—each of which, being a death just hours, days, or months after birth, weighs more heavily on the average than old-age deaths—using infant mortality statistics that other developed countries do not. More detail will come in a future column, but most developed countries exclude infant deaths if babies are born premature, or stillborn, or under a certain minimum weight or length.

The USA counts them all.

An infant dying at a only a few days or a few weeks has an enormous impact on the U.S. average, but that impact is simply stricken from the record in many OECD countries.

Presumably health reporters in the U.S. media and definitely fulltime researchers and policymakers are aware of all this since it's their job to closely study such metrics. Yet their silence regarding demographic differences between the ethnically diverse U.S. and other more homogeneous OECD nations is deafening, even as they continue to relentlessly condemn the American medical system based on straight national average life expectancies to rationalize single government payer, or worse: a compete government takeover of healthcare.

So far from being the country the media describes where you’ll die early due to an allegedly failing healthcare system, there’s really no place better to live than the USA if you want to live a really long time.

Raw data is available at the following links: